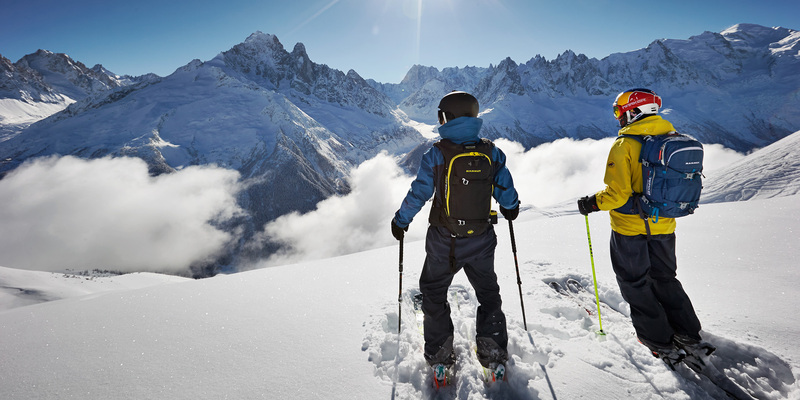 REAL LIFE TEST – MAMMUT R.A.S. AVALANCHE AIRBAG
by Mammut on ‎19-11-2015 11:25 – last edited on by
Tests under sterile laboratory conditions are important, but for non-technical experts they can sometimes be rather boring. The ability of Mammut’s Removable Airbag Systems (R.A.S.) to cope with an emergency situation in the mountains was subjected to an impressive test, and the results can now be seen in a video.

The Falquet brothers put Mammut’s avalanche airbag through a very extensive test in the French
Alps. The need for a real avalanche left no room for half-measures. Together with mountainguides, a helicopter, several explosive charges and some helpers, a freeride emergency scenario was staged.

«Dummies were subjected to massive volumes of snow»

Following some heavy snowfalls, the guides and the Falquet brothers flew to snow-covered slopes. Two dummies wearing inflated avalanche airbags were lowered from the helicopter into the avalanche zone. Explosive charges placed above the dummies were then used to trigger an avalanche.

With an amazing result: even after the avalanche had swept over the dummies, the bright red color of the airbag allowed them to be located without extensive searching, as can be seen in the video. A short sequence also shows that in this scenario it took around just one minute to dig the dummies out of the snow.

«Keep your head up»

The video also shows that the heads of these life-size dummies remained closed to the surface after the avalanche had struck. According to Mammut, this significantly increases the chances of survival. The special design of the air cushion reduces the risk of injuries to the spine and

There is no gallery selected or the gallery was deleted.